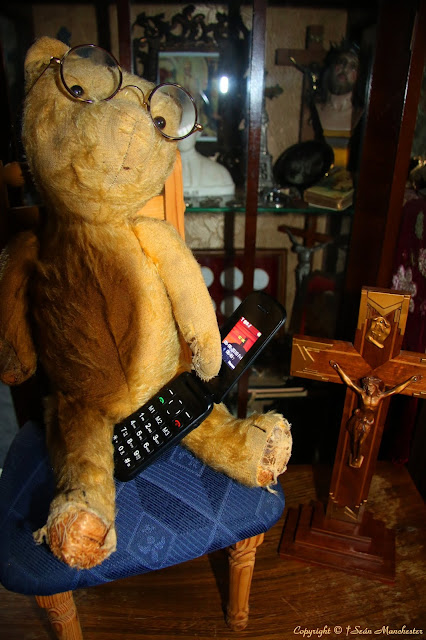 The day itself, I feel, was rather a success, albeit not how one would traditionally desire to celebrate an anniversary; never mind a thirty-second wedding anniversary. I had already gained dispensation to have by my side at all times Horatio (a Victorian bear with poor eyesight who nonetheless has his own mobile 'phone, something we did not disclose), and a modest, free-standing traditional crucifix.

I had been asked about my religion. Their concern was regarding blood etc. I told them I was Catholic, quickly explaining not of the modern fold, ie traditionalist, indeed sedevacantist. That last revelation triggered a certain glazing over of the nurse's eyes. Thankfully, she did not ask what it meant, otherwise another quarter of an hour would have been lost. I was an old school believer. Hence the crucifix requirement. The bear was less easy to explain, but the nurse smiled and said she understood after I told her he had suffered with his own ailments in the past. At first a little on the cold side when we first met, she thawed in the presence of Horatio. When she told me I was slim, after taking my weight, height and other measurements, she became a friend for life. I had prompted her response by demanding that her metric measurements be converted into understandable Imperial ones that were once the English norm, and remarking on being a little overweight due to inheriting Byronic genes. When told I was "slim," I riposted: "What on earth do your usual patients resemble?" 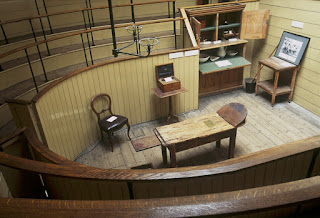 Curiously, my wife was not allowed to accompany me once a nurse had been assigned. Indeed, I would not be reunited with Sarah until everything was over, and I was deemed fit to go home. She waited patiently in the hospital car park, listening to music in the jeep with the windows rolled down, surrounded by trees. I had told her to go on a shopping spree, which she did for about an hour or so, but ultimately she felt too far away, and opted to sit and wait. A ward nurse, at my insistence, 'phoned her as soon as I was out of the theatre to tell her that everything had gone well, and that I was fine. 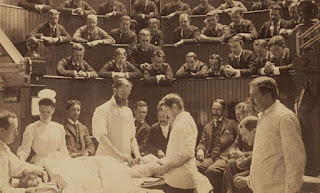 Breakfast had been shortly after six in the morning, comprising no more than toast with marmalade and a pot of coffee. Then I had to fast, even abstaining from water after mid-morning. This was no real hardship with the mind focused, as it was, on having an operation later that day. All along I was told I would be having a general anaesthetic, the standard procedure for what I having done, but come the afternoon I was aware that something was amiss. Eventually, I was informed that the anaesthetist was ill, and that his replacement was late. Delay was inevitable. I had already signed the release forms to be anaesthetised, which was something that had been my major concern from day one. I have never had a general anaesthetic in my life, and I was aware that this could be every bit as dangerous as the surgery itself. That notwithstanding, everyone, including my harpsichord-loving friend William Mitchell, Arthur Hill from the days when I ran a studio, and a bevy of assorted medics I had spoken to about it, were trying to assure me. My instincts, however, had all along said otherwise. 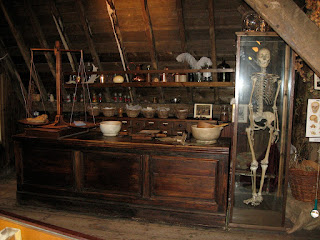 A trainee anaesthetist visited me as I waited, and wanted to make sure I knew all the risks. Vomiting, soar throat, even broken teeth by the thing inserted into the throat, were not exactly uncommon. There were other possible side effects, such as blood clotting etc. None of them attractive. But enough of that. The patient at this point was growing impatient. I prayed a prayer to add to all the others. There was still no sign of the anaesthetist. I was disrobed and prepared for the procedure. 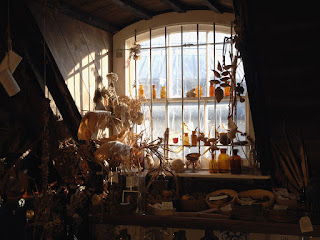 Then the consultant surgeon, whom I had already spoken to much earlier, swept in with a frowned forehead to ask a question, having informed me that the anaesthetist had still not turned up: "Would you be willing to go ahead under local anaesthetic?"  With a sigh of relief, I exclaimed: "Gladly!" 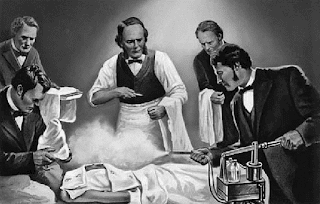 My surgeon consulted with his staff, came back to me to tell me they had agreed to proceed this way, and we were off in the direction of the theatre. At this point, some patients had been sent home, but I had been ear-marked to be operated upon come what may, due to the urgency of it all. I was pleased. 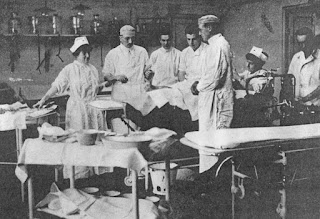 I have to be absolutely honest, the massive needle administering the lidocaine (discovered a couple of years after I was born, and the safest way used to numb a specific area), was not without discomfort, but, after that, it was plain sailing. One doctor asked if I would like to watch. Perhaps best not, I thought. They put up a screen to avoid me seeing what they were doing. Yet I could feel what was happening without any pain, and I heard everything that was being said during the entire procedure. I felt so blessed to have been spared the general anaesthetic, despite nurses telling me afterwards that I was "brave" to have agreed to a local anaesthetic. I wasn't brave. I was being looked after by an unseen force with Whom I was in communion. As they prepared for me to leave the operating theatre, I heard voices saying that the anaesthetist had arrived. Yes, I had been spared.