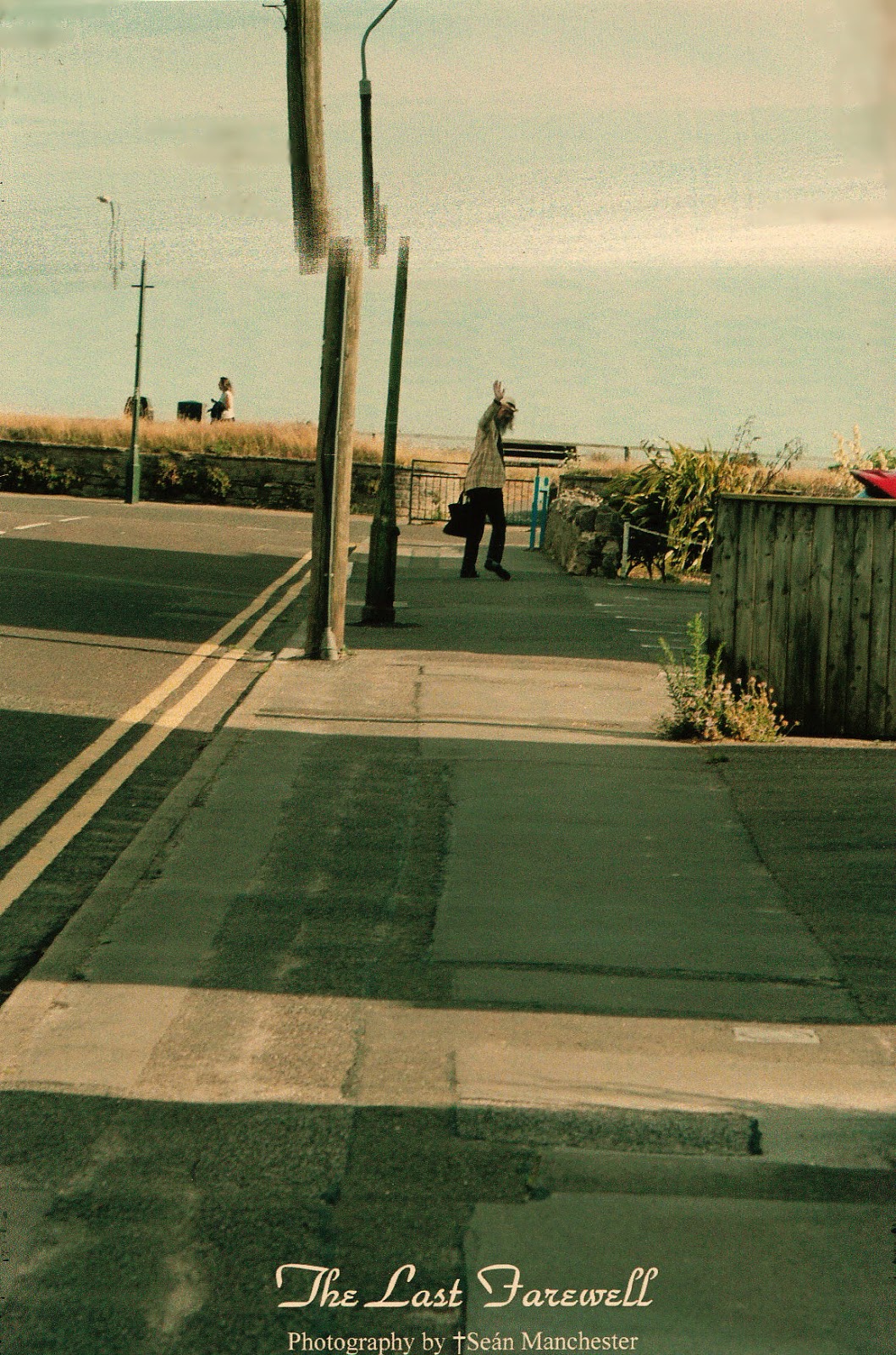 I had already decided back in July 2017 to title this photograph The Last Farewell. I cannot explain why, but this is what came into my head when I saw it. By December of that year the subject, seen waving, had contracted a bad case of shingles; so much so that we thought he would not return.

The figure walking and waving at the end of the paved path has been a friend of mine for approximately half a century. He was due to attend a Christmas dinner party at my home, but shortly prior telephoned to cancel owing to acute pains which prevented him sleeping, and obliged a visit to the doctor. We had all expected to see him the next day. Clearly the picture was aptly named, as it is now the last photograph I took of him. He already knew of its title, and the irony was not lost on him.

It will translate to a large canvas well where the symbolism redolent of what we now recognise to be significant shall transfer in oils. For example, there are the three horizontal stripes of light produced by the sun in the west. Then there are the three verticals. Two of these are lamp posts. One is a telegraph pole. There are three people. Two visible in the image. The third is the photographer/artist, namely myself, who is creating the work. The image shows three verticals broken by an eerie energy.

A distant woman walks eastward. The man, Keith Maclean, walks southward, but will turn westward soon after this photograph was taken. His right foot is lifting to continue on the Right-hand Path. It is that right foot which five months later would be most severely afflicted, along with the right leg.

Three in one, as the lone figure swivels 180° for the last time before vanishing around the corner.

Yet before he does, he smiles and waves. The hand is high; the wave hearty.

This is the last farewell. 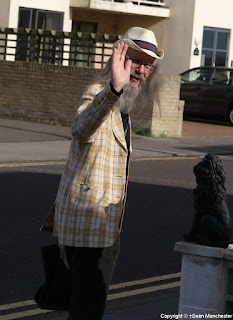 When Keith returned the following year it was a detached spectral winter visitor from a time prior. 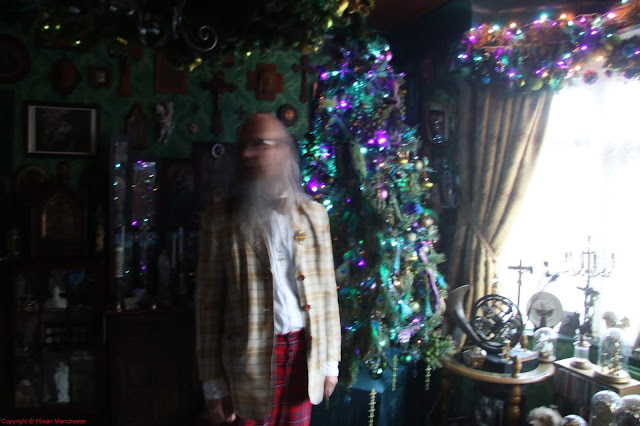 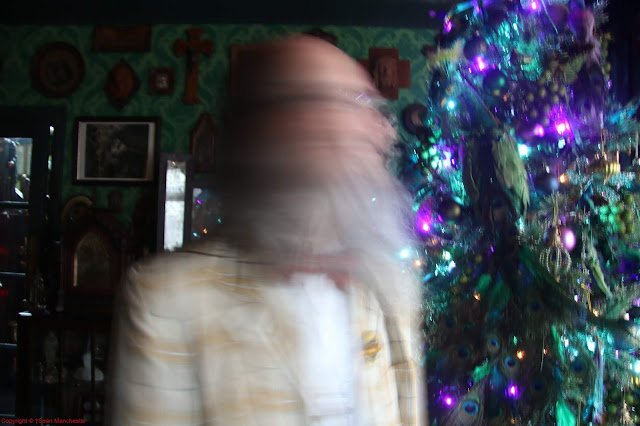 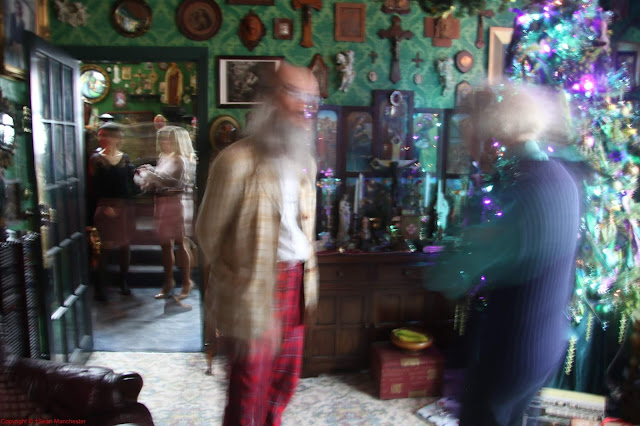 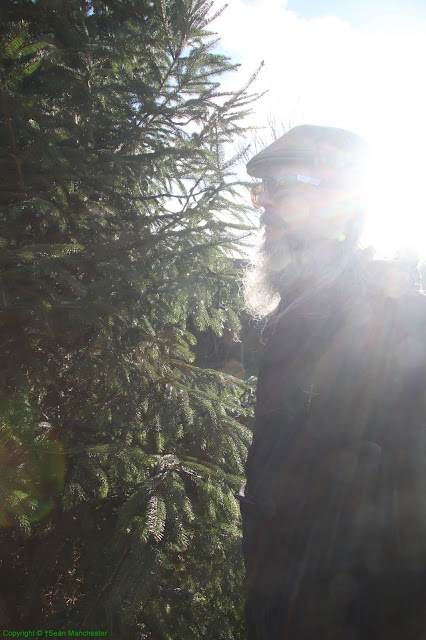 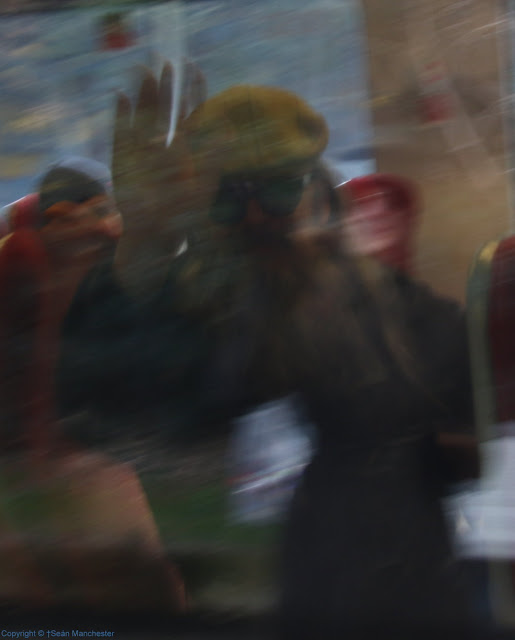 This last glimpse of Keith found him waving through an ethereal mist. This was not his final farewell. We had already had that in the summer of 2017. This was something else. An echo. Nothing more.