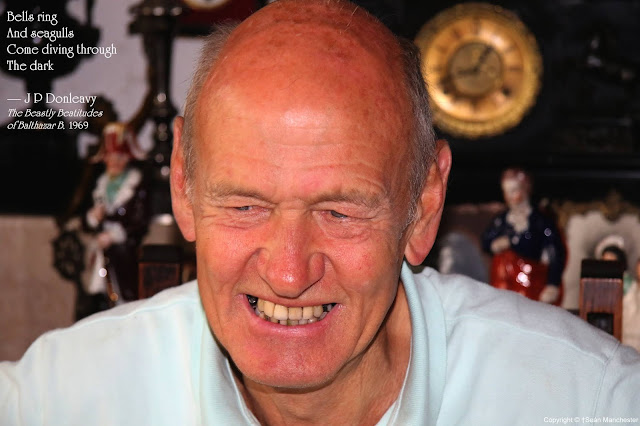 Embers of the Arthur of old flickered every now and again, not being entirely lost in the panorama of ill-fitting pieces to an already fading puzzle. Are we not all puzzles? I wore black intuitively; semi-formal and without decoration of any sort. Sarah was attired in a Sixties chic silk dress with a black cross pendant. It seemed somehow apposite. Arthur wore his familiar expression with casual attire. 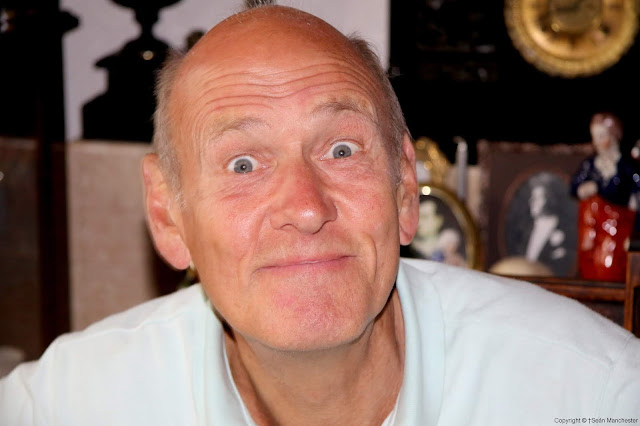 We had barely begun when he had almost finished the main course. "I'm hungry!" he exclaimed. "Apparently," said I. Following coffee and liqueurs, we partook of some conversation. Arthur kept looking at his watch throughout this venture, finally declaring: "I must be off!" And then he was off.

The period spent in the dining room was accompanied on the gramophone to the strains of Albert Ayler, Arthur Askey, Benny Hill, Charlie Drake and such as David Sidney Liebman playing The Beatles' tunes on saxophone. Arthur was rather taken by Albert Ayler's version of Summertime. 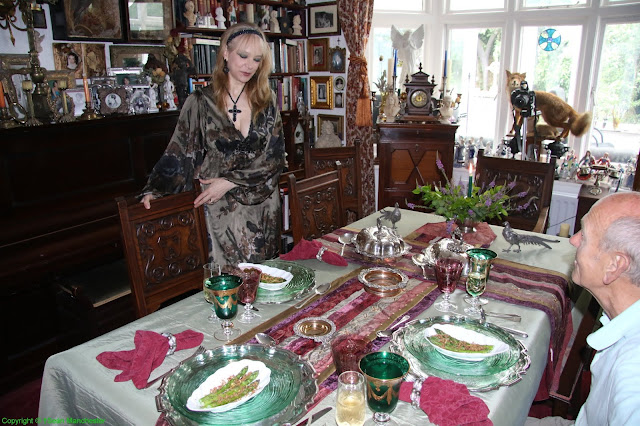 With the dining table set at its shortest length (it expands to double the size above), the first course of buttered asparagus with lemon toasted breadcrumbs was served with suitably chilled Champagne. 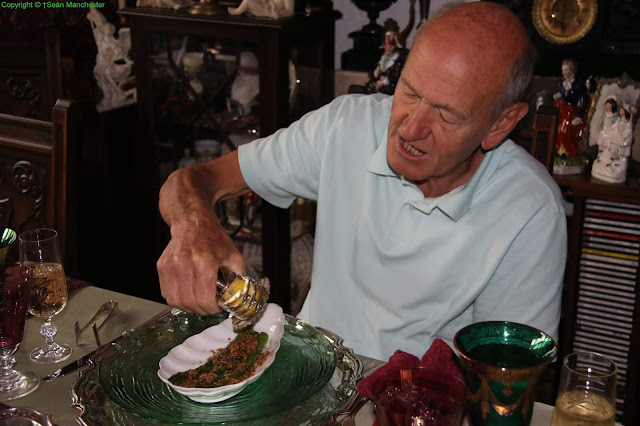 Fresh lemon juice from the Victorian lemon squeezer, which indispensable utensil has now bizarrely become obsolete in most households. Not in ours, however, where it is used almost every day. 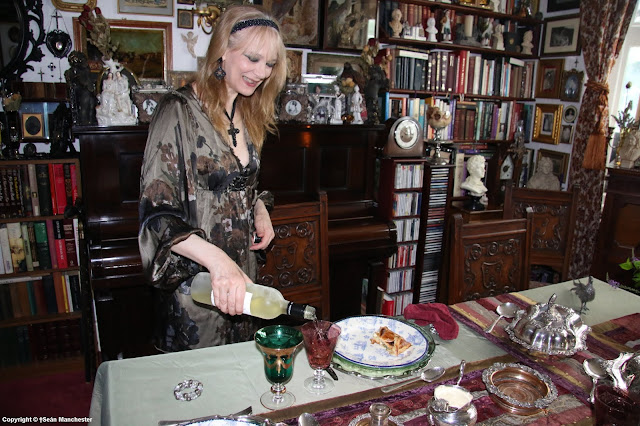 The main course of wild Alaskan salmon en-croute was served with an ice cold, crisp Chardonnay. 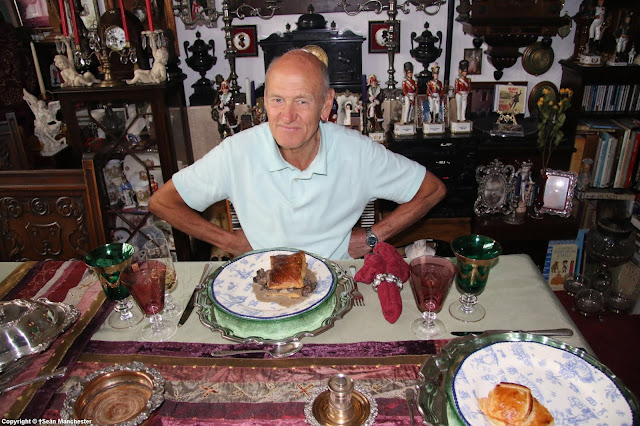 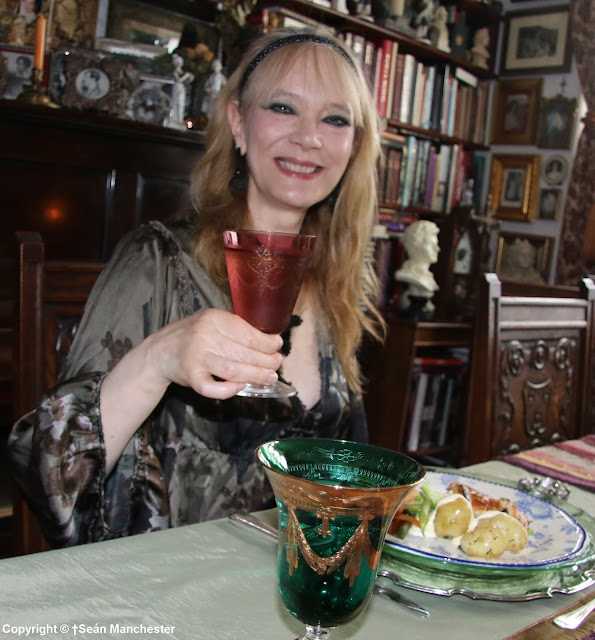 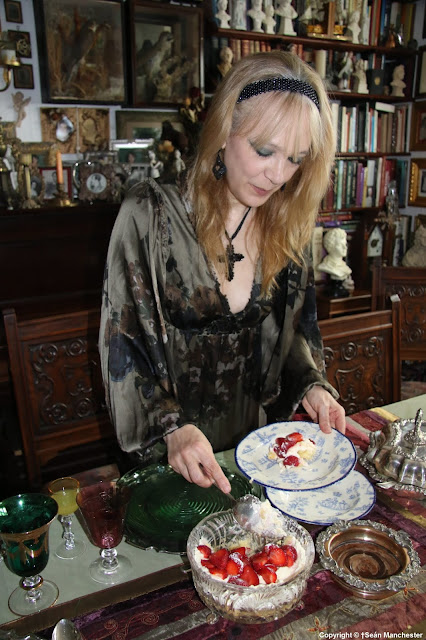 A limincino, marscapone and strawberry trifle was served for pudding. Seasonal and refreshing. 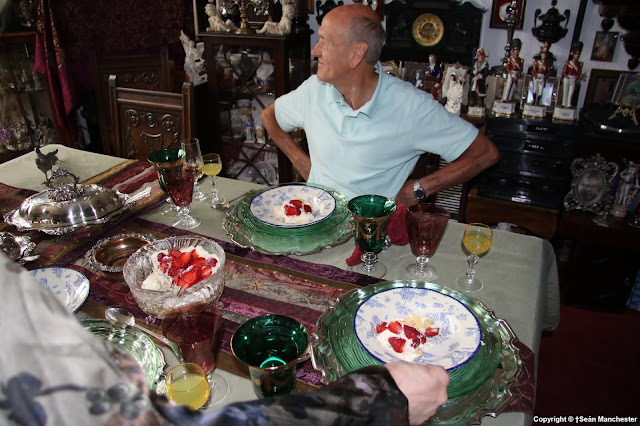 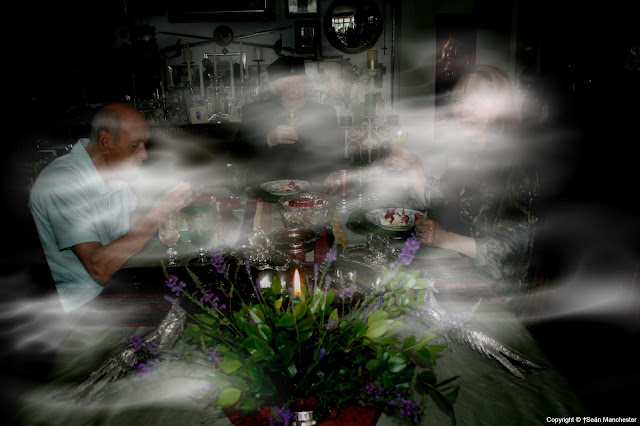 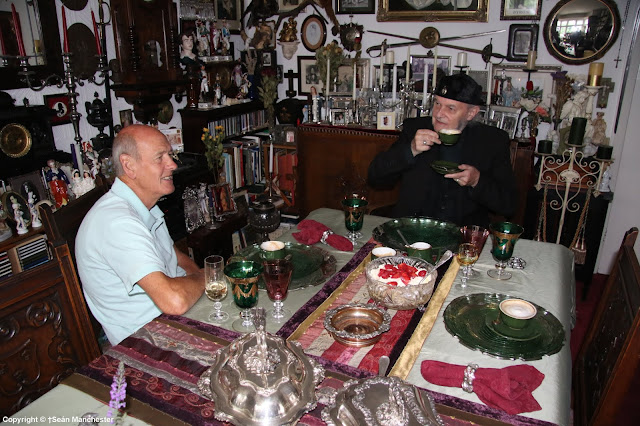 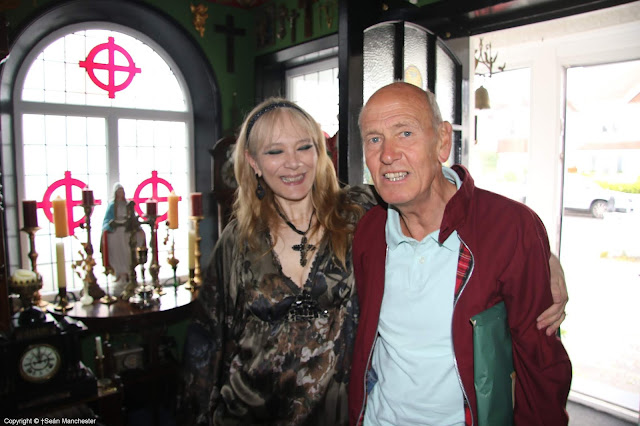 Arthur prepares to leave with, tucked under his arm, a birthday present from me. His birthday will be in another week and it will remain a surprise until then. I presented the very first portrait in oils I ever painted of him. I gave him another three years ago. These two works I consider the best likenesses. 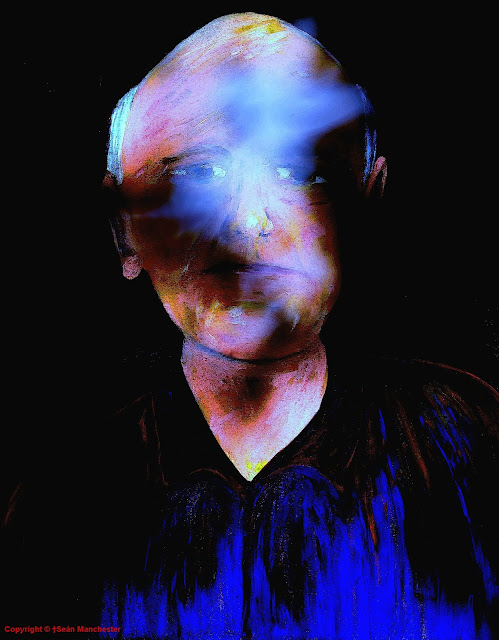 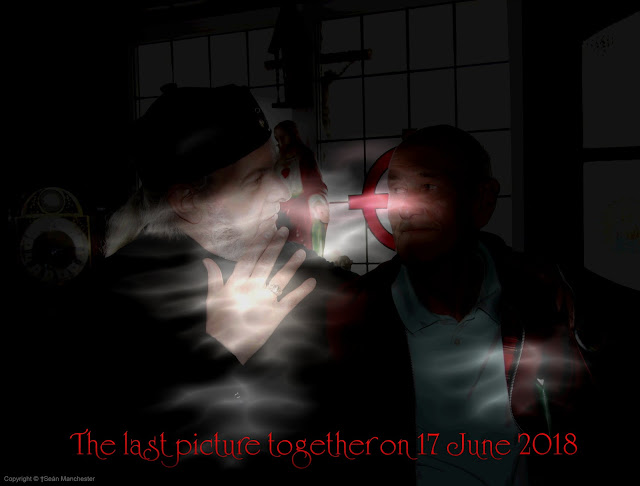 This final photo before Arthur's departure would inspire the painting Hello, Goodbye (oil on canvas). 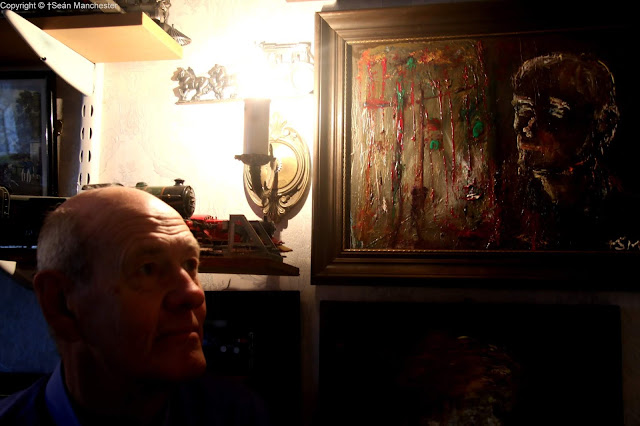 Hello, Goodbye was joined by Point of Departure (oil on canvas) showing only Arthur who soon afterwards developed a hernia and had to have an operation for same. He remains extremely fragile. 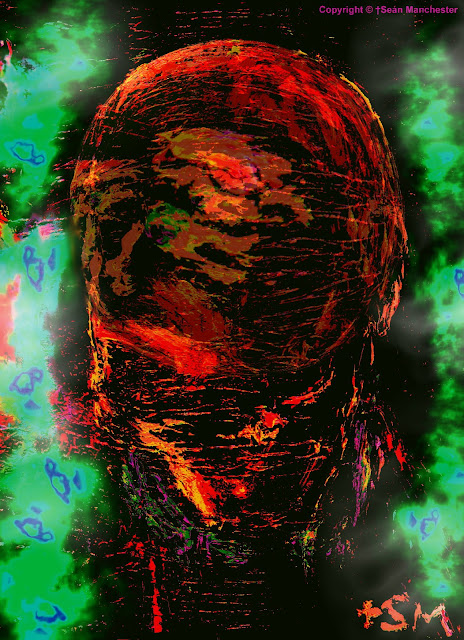